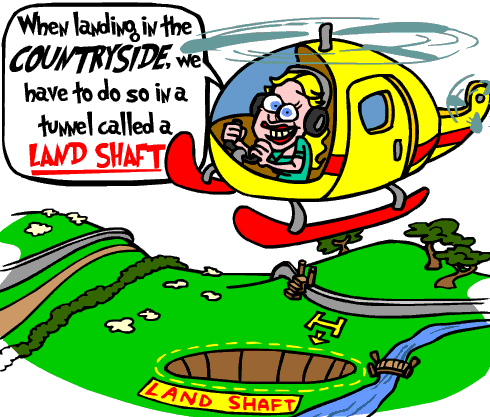 ... imagine in the countryside is a mining SHAFT where Cheryl Ladd (f) (formerly of Charlie’s Angels) is LANDing her helicopter - she calls it a LAND SHAFT!

The Definite Article (the) for German feminine nouns is die.

Die is also the plural form for all nouns with feminine, masculine or neuter genders.

How do you determine the gender of German nouns?

Below are some hints that will help you recognise the German nouns with feminine gender. The following are merely tips, and there are of, course, always exceptions to keep in mind.


Forming German feminine words from the masculine is quite straightforward, e.g. for occupations. Many words that refer to a man or masculine object can be changed to become feminine.

Below is the basic formula for constructing a feminine word.

You can do this with most nouns that describe a profession or nationality.

Note: German feminine nouns ending in -in add -nen in the plural.

When learning German vocab, the best thing is to learn the genders of nouns at the same time.

200 Words a Day! unique Gender Triggers will help you learn and recall German words and their genders, quickly, easily and effectively.

Try it and see for yourself. Boost your vocab and your German learning with 200 Words a Day!