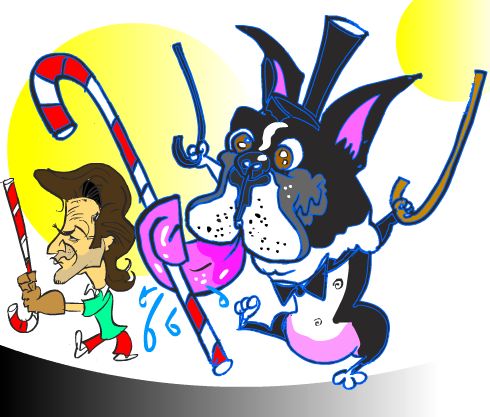 A dog with a cane and Imran Khan?

Our unique Memory Triggers mnemonically link the Italian word with English, to create a scenario by word association. Some are really weird, but often the weirder the more impact, and the easier it is to remember them.

The word in Italian for dog - il cane - looks like and sounds simliar to cane and Khan in English. We've made this into the little mind movie above.

Masculine or Feminine? Learn the Gender

All nouns in Italian have a gender - masculine or feminine. The genders are grammatically very important, as they influence the endings of other words, such as adjectives.

Gender Triggers are incorporated into our Memory Triggers to help you remember the gender of nouns at the same time as learning the word.

Note the male characters in the cartoon above. Think of Imran Khan, think masculine!

These Gender Triggers save yourself a lot of time - when you recall the picture, you recall the gender - making learning masculine words like Italian for dog quick, easy and effective.

Sentences - the word in action.

By clicking on the picture in the 200 Words a Day! programme you will see and hear a sample sentence of the word in Italian for ear.

Native speakers have written and recorded all the sentences, so you can see the word working in a natural, everyday context. Hear the intonations, learn useful expressions, become exposed to normal, everyday speech.

The Sentence course also runs independently, with its own lessons, testing and revision schedules. 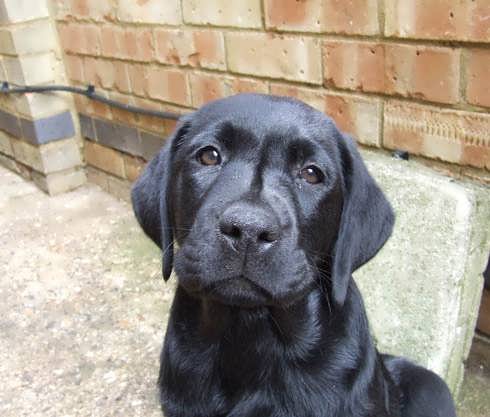 Select the e-Flashcardz option - no Memory Triggers but a visual alternative. Just like the traditional flashcards method, but interactive, with photographic visuals.

The e-Flashcardz complement the Memory Triggers, by giving you another, more rote way of learning. Particularly useful when you get to the testing and revision stages.

You can switch between the Memory Trigger and e-Flashcardz modes at any time.


Nouns ending in -a are usually feminine.


Nouns ending in -e can be either male or female.

But there are exceptions ...

Some nouns ending in -a can be masculine

So ... remember the Gender!

You can now appreciate the importance of learning the gender of nouns, but don't be daunted. Our unique and effective Gender Triggers will help you remember them easily.

The 200 Words a Day! methodology reinforces them at the same as learning the word, saving you valuable time and headaches later.

Native speakers learn these automatically. They are instinctive. With our programme you will quickly be able to recall the word with the gender, so they will become instinctive for you, too.

What's more it's a fun way to learn.